Fragrant wreaths to greet and please
sweet Persephone who waits to guide
at the gates between Life and Death
Sprung from the blood of infant Opheletes,
known as Archemorous, forerunner of Death,
Poor child slain by the Dragon of Nemea
I am the Victor's crown at every funeral game.
Herculean garland
Herald of Thanatos
From humble Sardinian origin,
Tended by the hands of your Ancestors
for the last 2000 years
I have achieved world wide fame.
Confuse me with a fool at your own peril
You may find me vigorously growing
between a rock and a sparse place
or dreaming in a garden bed.
Wherever people gather to share a meal,
I am likely there encouraging good health,
stimulating appetites
freshening breath
gracefully guarding plates
I encourage blood to clot
keep bones strong
and soothe inflamed joints
Diplomatic garnish
In my second year,
a bit more tough and bitter,
I'll open my umbrella
perhaps calling black swallowtails to attend
Let them have at me!
Sow my wishes in the Spring.
Nine times they must journey to Hades and back
that only the strongest, the most hale
will wipe clean their slate and thrive

For those new to the game, each poem is inspired by a Teacher found in Nature; a star, stone, plant, animal etc that holds lessons of Wisdom for us. Can you guess who is singing today? 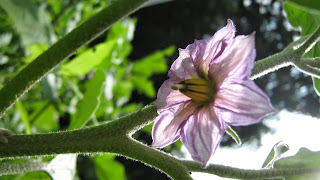 Posted by Quinn Blackburn at 10:00 AM No comments:

Unseen,
I surround you always.
I am there
for every babe's first cry

Hidden
in each peal of laughter
or wailing lament,
every life's last sigh

The sky is my only limit!

Each singing poem is inspired by a Teacher found in Nature. I'm feeling rather uncertain about this one as it is so very different. Can you guess who is singing? 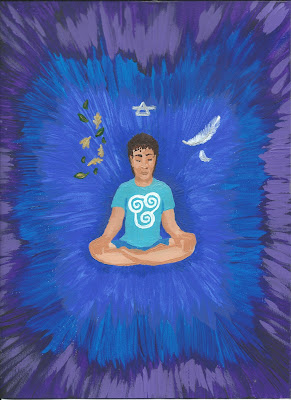 Posted by Quinn Blackburn at 10:20 AM No comments:

One spark in darkness,
Creation ignites!
Exploding forth
from single cells
into endless diversity.

Once,
Humanity huddled round
my protective light.
Entwined communities
still employ me
in their sacred rites.

Awareness kindles
uncoiling from within
like a snake on
the first day of Spring.
Illumination flickers
down the long passage of history,
and passions consume
within my ardent ring.

I might spread my arms
and hold back the fearful night;
Cook your meals,
inspire,
forge souls and swords,
offer warmth,
protection and comfort.
Or, roaring in savage delight
devour all you hold dear,
charred remains to the horizon;
devastate, cauterize and incite.

Children,
which of my examples
will you choose to heed?
Creation or destruction?
Illumination,
or mindless consumption?
Generosity or greed?

For those new to the game, each poem is inspired by a Teacher found in Nature; a star, stone, animal, plant etc that holds lessons of Wisdom for us. Can you guess who is singing today? Congrats to Jan Neavill Hersch, Sharonlee and Jaguarwombyn for naming this Teacher.

It is with our passions as it is with fire and water; they are good servants, but bad masters.  ~Roger L'Estrange, Aesop's Fables, 1692

Among the notable things about fire is that it also requires oxygen to burn - exactly like its enemy, life.  Thereby are life and flames so often compared.  ~Otto Weininger

Life is a flame that is always burning itself out, but it catches fire again every time a child is born.  ~George Bernard Shaw 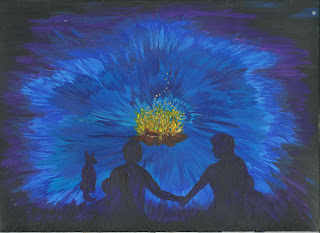 Fire is typically seen as active and masculine as well as being a force of Nature that most closely resembles live sentient beings; it consumes, breathes, moves, grows and multiplies. Fire commonly represents concepts like truth, passion, vitality, life/creation, creativity, inspiration/enlightenment, chaos, destruction, energy/power, desire, courage, lust, fertility, anger, consumption, conflict/war, freedom/independence, purification, transformation, Divinity and the soul. A bundle of contradictions, fire can light our way through darkness, help us create tools, heat our homes and cook our food, or it can devastate landscapes, destroy lives and property. Fire has the potential to kill more people in a given year than any other force of Nature. 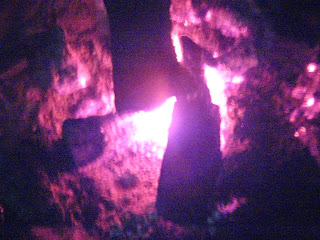 While the Ancient Greeks considered Fire to be a major element along with Water, Earth and Air, those elements are all forms of matter. Fire, on the other hand, is actually a tangible side effect of matter changing form, a chemical reaction. It requires oxygen as well as a source of fuel (wood, gasoline, etc) heated to its ignition point. The color of flames will vary depending on what is burning and how hot it is. Variations within a flame are caused by uneven temperatures. Typically, the hottest part of a flame is the base, which is most likely glowing blue.  The cooler parts at the top or outer edges glow orange or yellow. Earth's gravity gives each flame it's pointed shape, because the hotter gases are less dense than the surrounding air. Fire moves, and spreads, upward towards lower pressure.

Part of what makes Fire so potentially devastating is that it is self-perpetuating, it will continue to burn as long as there is fuel and oxygen present. The fuel's size, shape and potential heat production will change the nature of the fire subtly in how quickly it will ignite, how long it will burn, how much smoke, soot or other residue it will produce. Experts often determine what started a fire by how the fire burned.

In the Greek/Roman zodiac, Leo, Sagittarius and Aries are all fire signs. Fire has been used in sacred ceremonies of every culture, from simple candles or the lighting of incense, to bonfires that can be seen from a distance of miles. Some spiritual traditions celebrate the movements of the Sun, typically with some sort of ritual fire, and the Sun is often seen as the fire shared by everyone around the world. Prometheus, Raven, Coyote, Maui, Toad and a variety of other beings or animals have been attributed in tales with bringing Fire to the world or specifically to humanity. Curiously enough, a great many of these Fire-bringers have had to steal or trick fire away in order to bring it. I also find it interesting that while Fire is often considered a masculine element, the Sun is viewed as feminine and the Moon masculine in some cultural stories. 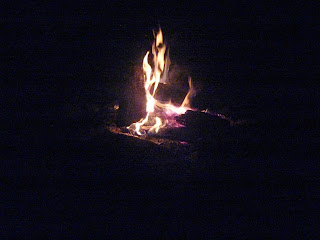 Many cultures use fire as a symbol across the heart or around the head to indicate spiritual enlightenment and the inspiring touch of Divinity. In Christianity, the Sun is said to be the house of Archangel Michael and is consistently used to represent Christ or Christ-like attributes. The Eye of Varuna, the Sun in Hindu mythology is considered the "divine rejuvenator" .  The Sun is often seen as the Eye of Divinity; Zeus, Ra, Osiris, Horus, etc. Wheels, spirals, swastika, boats, chariots and stars have also been used to represent the Sun. Upward pointing triangles are the Alchemist's representation of Fire. Many animals have been associated with fire, some obvious like the Salamander, Rooster, Dragon or Phoenix, and others, like the Bear, Lion, Ram, Bull, Hedgehog, Spider, Swan or Horse are not so obvious.

Fire is the Sword that protects or brings about Justice, as well as the chaotic devastation and brutality of War. It shines in representations of both Heaven and Hell. It can be the enlightened soul that brings illumination and positive transformations, or it can be the mindless consumption, selfish uninhibited passions that bring the world down around our ears. How does Fire appear in your life? 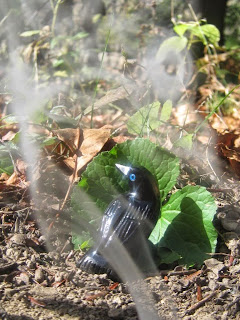 "Just as a candle cannot burn without fire, men cannot live without a spiritual life." Buddha

"Even if there is only one possible unified theory, it is just a set of rules and equations. What is it that breathes fire into the equations and makes a universe for them to describe?"
Stephen Hawking

"The instruction we find in books is like fire. We fetch it from our neighbours, kindle it at home, communicate it to others, and it becomes the property of all." Voltaire

"I don't know anyone who actually likes the dark or night-time. I don't care how much they say it doesn't bother them. That's why we used to huddle in caves and light fires when the sun went down." Paul Kane

Posted by Quinn Blackburn at 9:03 AM No comments: